Matthew Barber was raised and schooled in Oxfordshire before graduating from Brunel University. He still lives in Oxfordshire, is married to Katie and has two children and a labrador!

Matthew is Police & Crime Commissioner (PCC) for Thames Valley, covering Berkshire, Buckinghamshire, Milton Keynes and Oxfordshire. Elected to the role in May 2021 with a majority of nearly 80,000. He served as Deputy PCC from 2017 to 2021, during which time he took on the chairmanship of the Local Criminal Justice Board.

The PCC's role is to hold the Chief Constable of Thames Valley Police to account for the performance of the Force, effectively making the police answerable to the communities they serve. The PCCs also has a wider role in promoting community safety and working with criminal justice partners to improve support for victims of crime.

Matthew has set out his key priorities for the coming years

Matthew is also councillor for the Steventon & the Hanneys ward of the Vale of White Horse District Council. He has served on the Council since 2003 and was Leader of the Council from 2011 to 2018. He has been a director of the Oxfordshire Local Enterprise Partnership as well as Chairman of Vale4Business and a Board Member of Science Vale and is involved in various charitable organisations. 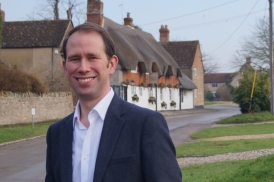