Member of Parliament for Wantage

The Member of Parliament for Wantage - Check out David's maiden speech below. 👇🏻👇🏻

The Wantage constituency covers part of the Vale of White Horse and part of South Oxfordshire.

The largest town in the constituency is Didcot, which grew up around the railway when Brunel put his London to Bristol line through Didcot instead of Abingdon.

There are three market towns in the constituency – Wantage, Faringdon and Wallingford. Wantage is famous as the birthplace of King Alfred, while Wallingford has had a Royal Charter since 1155. Faringdon still bears the scars of the English civil war, when its church lost the top of its steeple.

The constituency is overwhelmingly rural in character, with more than 400 farms still in operation. It is marked by the famous White Horse and the ancient Ridgeway runs along its southern border.

The constituency is also one of the most economically dynamic places in the country. Harwell, the birthplace of nuclear power in the UK, now houses some of the most important scientific establishments in the world, including the Diamond Synchrotron, ISIS and ISIS 2. There are numerous world-class businesses based in the constituency, including Williams Formula One, Oxford Instruments and RM plc.

With close links to London, Oxford, Reading and Swindon, there are many commuters who live in the constituency but work elsewhere

David secures a campaign success for the AEAT pensioners

This week, I re-introduced the Local Electricity Bill to Parliament.

Parliament has come back with a bang, and I’ve been taking part in much of what has been going on since we returned. 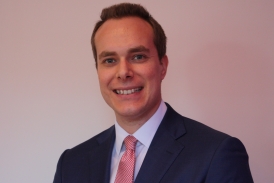