Member of Parliament for Henley

A strong local voice with national and international experience

I've lived in this constituency for over 20 years and I have brought our family up here. I am an established part of the community and I've found a whole range of ways in which I can contribute including as a councillor, as an organist and AmDram.

But I also bring a range of national and international experience which I've gathered from business and broadcasting. If you're going to make laws about some of the big issues of the day it helps to have had genuine experience and to be able to bring a practical eye to bear.  I was particularly pleased to be invited by the Prime Minister to be a member of the Council of Europe.

Pioneer of the end of communism in eastern Europe

It was hugely exciting to play an important part in the move of central and eastern Europe towards democracy and market economies. The collapse of the communist regimes of the area was one of the great achievements of the last half of the 20th century.  My book 'Understanding Eastern Europe: the context of change' was regarded as a seminal assessment of progress to civil society and market economies in the area in the mid-1990s.

I'm proud of the way I was also able to help UK plc take its proper place in this as a founder board member of the Know How Fund, the UK's then technical assistance programme for the region.

It was also a particular pleasure to lead UK business delegations twice to G7 meetings (under the Munster process) in central Europe and be part of the world of international trade diplomacy working, for example, with the late US Commerce Secretary, Ron Brown.

National recognition of this work came with the award of an OBE.

"What is required boils down to two areas: good pundits and good financial reporting explanations.  The profession has good pundits, experts and experienced TV performers. Take John Howell for example, He is Ernst & Young's eastern Europe expert. He is an exuberant character... He knows his stuff." The Times 1993

I understand how business works too. As a former partner in Ernst & Young I've seen and advised some of our major companies and I have set up two SMEs (Small and Medium Sized Enterprises) of my own. I understand both the pressures they face and the key role they have in providing jobs.

"...as a relatively new business owner in Thame, I thought I would take this opportunity to thank you for all the hard work you do in the constituency. You are a champion for businesses in the area and for that you should be congratulated."  A new business in Thame

As a reporter and business presenter for BBC World Service Television I had the privilege of questioning and commenting on some of the major UK and international stories of the day. A series of programmes I made on Bangladesh helped show life as it is in that country and I was also one of the first western reporters to interview on camera the first democratically-elected President of Mongolia.

It was some of these skills I was able successfully to bring to bear as a cabinet member on the county council responsible for driving through better customer service and real efficiencies.

In the light of this experience it would be wrong not also to acknowledge the strong analytical skills I have acquired and which were evidenced in my academic work as a prehistoric archaeologist.  Studying first under the iconic archaeologist, Stuart Piggott, this was advanced in my doctoral work in Oxford and the honorary post-doctoral reserach fellowship I was awarded at Liverpool.

My book on the Neolitihic of Northern France was an early example of the power of what later came to be called landscape archaeology.

In my role as your MP, these strands of my life have been drawn together. I have shown that it was not a case of either being a good constituency MP or a good MP in Westminster. It was a case of being both. The map page on this web site shows the vists I have made across what is a large constituency of over 260 square miles.

My influential paper "Open Source Planning" has been the inspiration for the radical changes we have made to the planning system to end top-down targets and to allow local residents to help shape the areas in which they live.

Members of South Oxfordshire Conservative Association gathered recently at Benson Village Hall for an AGM with a difference.

In addition to usual business, the audience heard from Henley Constituency MP, John Howell and a lively debate on the EU, Chaired by President Baroness Buscombe.

In January 2022, the Government announced plans to bring forward a Bill to create a more innovative regulatory regime than would have bee

John comments on the European Court of Human Rights (ECtHR)

In his role as Rapporteur on Türkiye for the Parliamentary Assembly of the Council of Europe (PACE), John has been granted access to visi

I wrote about storm discharges about a year ago and was clear that sewage pollution is not acceptable.

Many have called for Liz Truss to resign as Prime Minister. She has now done so.

Let me start by saying that I support freedom of speech and the right to protest but these do not come without boundaries.

John comments on the resignation of the Prime Minster

Many have called for Liz Truss to resign as Prime Minister. She has now done so.

John's media interview at the Council of Europe on Türkiye

In the last few days, Jeremy Hunt has been appointed as Chancellor of the Exchequer.

The Parliamentary Assembly of the Council of Europe has four Plenary Session each year. 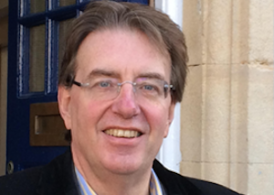