Caroline has been the representative for Haseley Brook ward on SODC since 2017, having previously been County Councillor for Chalgrove and Watlington Division.

As a councillor, Caroline focuses on supporting individuals and parishes in her ward and promoting the interests of this district and its people and businesses. She is particularly interested in promoting bio-diversity and a sustainable environment; she is a member of SODC’s Climate Emergency Advisory Committee, and is the South Oxfordshire representative on the Oxfordshire Electric Vehicle Infrastructure Strategy which seeks to roll out EV charging points across the county. She is also a committee member of the Friends of Townlands Hospital.

A native of South Oxfordshire, Caroline was brought up in Henley-on-Thames and Rotherfield Peppard. She returned to the district when her first daughter was born in 2005, and now lives with her family in Britwell Salome.

After graduating from Cambridge University, Caroline joined the Foreign and Commonwealth Office, during which time she was posted to Warsaw, Poland. She subsequently became a journalist at BBC News, working on flagship programmes including the Today Programme, Newsnight and the 10 O’Clock News. She headed up Government and International Relations for Boris Johnson during his first London mayoralty; and has also worked in a leading, private international risk consultancy.  Caroline has been a member of the international advisory board of Jardine Lloyd Thompson Group, and is a director of the Ideas Network 2030 which seeks to promote post-Brexit cooperation between British Conservative politicians and their EU counterparts. 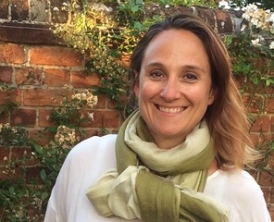