Cllr Anna Badcock has represented the Watlington ward at SODC for over 10 years. She’s lived in the town for 18 years with her husband and all three of their boys have been born and brought up here. Coping with Dyslexia and ADHD diagnoses for her children, she is passionate in supporting neurodiversity and its benefits to society, ultimately resulting in her training as an NLP practitioner, Hypnotherapist and Coach.  Anna also practices as a Digital Marketeer and coach for Digital Marketing Apprentices. Anna lives on the High Street, loves seeing the comings and going’s of local residents supporting the much loved and blossoming High Street which the family have supported wholeheartedly since they moved here. She’s been Acting Leader, Deputy Leader, Cabinet Member for a number of portfolios and for over 7 years was a member of Oxfordshire Health Improvement Board, including 2 years as Chairman during which time she pioneered and delivered the Health Inequalities Report for Oxfordshire, and chaired a cultural change to include greater health determinants including Domestic Abuse Services. Anna has supported various local organisations throughout the last two decades and is currently a trustee for Stonor Almshouses and The Watlington and Chalgrove Family Hub as a passionate advocate of Early Years support. You’ll see her posting regularly on the Watlington Town Facebook page to keep residents up to date in SODC matters, and during the Covid crisis ensured that all surrounding village residents gained access to this vital communication group, also pioneering the cascade comms system which was implemented Oxfordshire wide to ensure all vulnerable residents were locally supported. 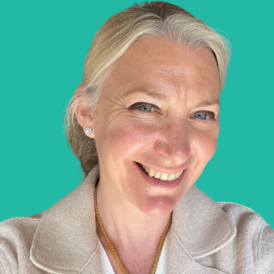